Aaron’s Law allows layperson access to Narcan™ without a prescription, thus eliminating barriers to receiving the drug and using it to save lives.

Aaron Sims was 20 years old when he passed away from a heroin overdose in October of 2013. His mother is Justin Phillips, the Founder and Executive Director of Overdose Lifeline, Inc.

Good looking, charming and clever, a lover of skateboarding and the Red Hot Chili Peppers […]. He loved sports from the beginning, insisting on dressing as a baseball player for Halloween at age 2 and playing Catholic Youth Organization football by third grade.

– Excerpt from the IndyStar story published in 2014, written by Matthew Tully. 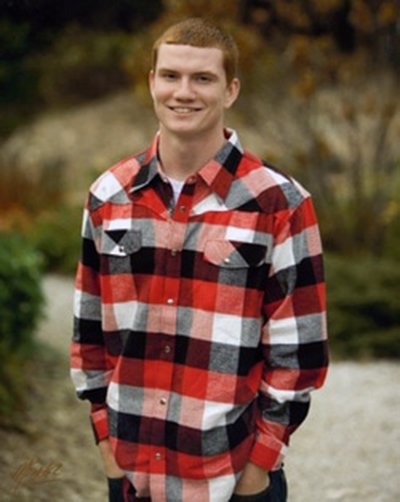 Wanting to help those who have experienced similar tragedies and prevent future ones from occurring, Justin Phillips partnered with Indiana Senator Jim Merritt to create a bill titled Aaron’s Law (SEA 406). The bill was signed into law by Indiana Governor Mike Pence in 2015. Under the 2015 law, laypersons, including family and friends of someone with Substance Use Disorder, could access naloxone via a prescription. The individual who administered the naloxone to someone experiencing an overdose was also protected from civil liability.

A 2016 amendment to Aaron’s Law (SEA 187) allows individuals to access naloxone without a prescription. In addition, the amendment also offers protections from some civil and criminal charges to laypersons administering naloxone (IN Code § 16-42-27-2). Many pharmacy chains now carry the nasal-spray form of naloxone, making its use by a layperson manageable.