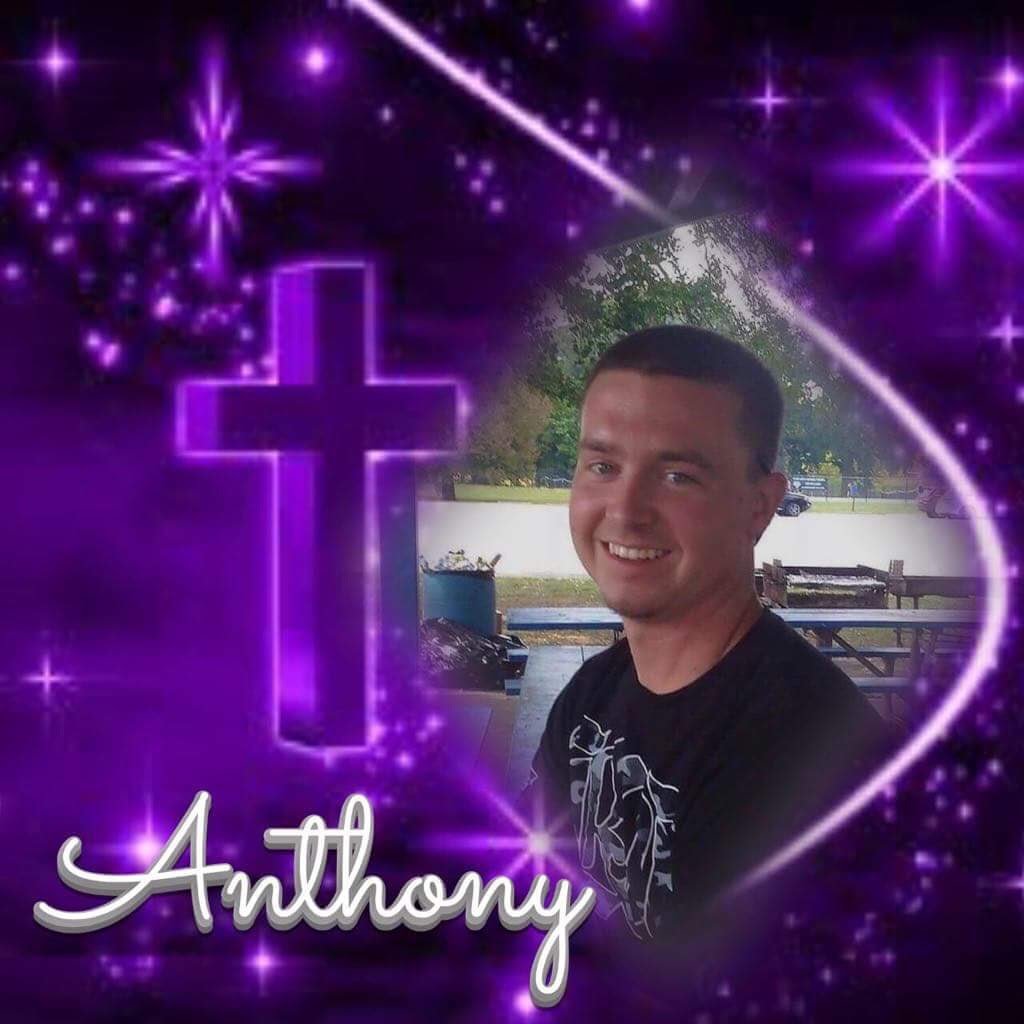 This is the shortened version of a portion of my son’s life… which I like to call Anthony’s Acknowledgement…
​
My youngest son, Anthony (forever 27), gained his angel wings on 9/26/2017 after a long battle with chemical dependency. Our Heavenly Father took him home in order to end his battle with opioids. As his mama, my heart is forever shattered… yet I’m thankful to have had him for 27 years and to now know that he is no longer suffering. I have faith that I will see him again one day, in the Kingdom of God.

Anthony was a wonderful son, brother, grandson and friend. To know him is to love him. He graduated from high school in 2008 and through the ten plus years of his addiction, he continued to be a loving, caring and hard-working young man. He worked for several years for a roofing company traveling around the US and spending several months in the New England area. Anthony held the same job for his last 3 years with a steel manufacturing company running an ‘10-torch oxyburner’ which is used to cut extremely thick steel. He frequently worked 50 plus hours/week, for several of the last months of his life. His co-workers and supervisors loved him and continued to contact me for over a year after he gained his wings, acknowledging what a great worker he was and how much they miss him.

Anthony was a lovable AND likable guy. He was fun to be around and had a heart of gold. He had a love for his family, and for little ones. He was one of my BEST friends. There wasn’t much that he didn’t share with me. And if I was feeling down or apprehensive about something, he was always there with a shoulder to cry on, or to cheer me up and remind me of his faith in me. Although he was extremely handsome and had a perfect build, Anthony lacked self confidence and typically didn’t feel “good enough”. He didn’t want others to know about his addiction because he was ashamed and felt even less worthy. But the opioids gave him the confidence that otherwise, he did not have. He tried to hide his Substance Use Disorder from his family and friends, which eventually led him to self-isolating.

Initially he didn’t understand addiction; but I believe that during his last rehab stay, he began to grasp the seriousness of it. I don’t think that he ever believed it to be a disease, like the very painful disease of ulcerative colitis, that he was diagnosed with at age 16. Anthony’s addiction started with prescription pain medication that was given by his doctor when he broke his ankle playing football, and other subsequent injuries continuing throughout his high school years.

At 27 years old, and after 70 days of being clean and in continuous rehab, the opioids continued to tempt Anthony. My sweet son gave in to the temptation “one last time”. That evening, September 26, 2017, my baby was found unresponsive by his Sober Living roommate after he returned to the apartment from an NA Meeting. He told me that he did everything he could to try to resuscitate my son but his efforts, and those of the EMTs were unsuccessful. God had come to take this beautiful young man away from his demons. This has to be the WORST PAIN EVER for a mother to suffer. Some refer to me as “the strongest woman they know”; but what they don’t see is that inside, my heart is completely and forever shattered. I am broken and a part of me died on September 26, 2017.

Since his passing, it is my sincere belief, that with the number of lives being lost to addiction, that it would be Anthony’s desire to help others by ACKNOWLEDGING his Substance Use Disorder and to ACKNOWLEDGE it loud and proud. I have begun advocating to stop the stigma. If others come to the realization that addiction is a disease and not a choice, I believe more will reach out for help rather than trying to hide their disease from their families and friends. So in memory of my beautiful son, and in hopes of stopping the stigma and saving a life: This is ANTHONY – and the above is “ANTHONY’s ACKNOWLEDGMENT”.