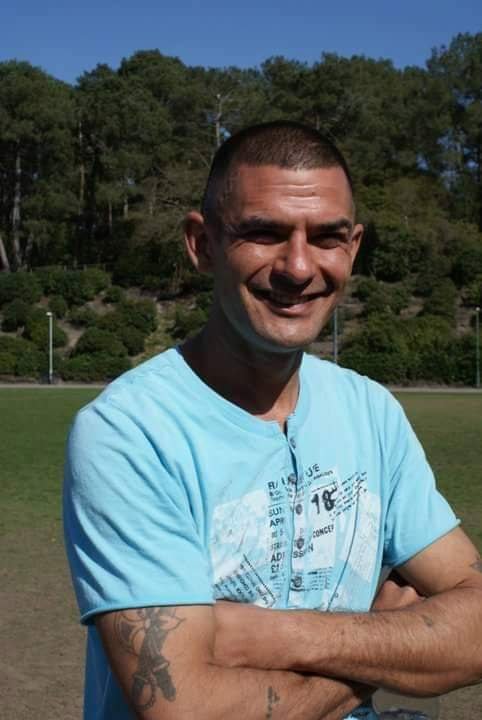 Robin had been successful in recovery for over seven years, beginning his journey at StreetScene in Bournemouth. Robin dedicated his working life to helping recovering addicts and their families. He worked for Drug and Alcohol Services at Spectrum, in Camden, London.
He was the Learning Disability Champion at CGL Recovery, Hatfield. Awarded the Purple Star for his dedication and commitment to offering a high standard quality of care for all of the service users.

As a devoted Leicester City Football Fan, Robin had a huge tattoo of the city emblem on his midriff! Which he suffered great physical pain to perfect. One of his main loves was dogs. His sisters would teasingly refer to him as “The Dog Whisperer”. A Kind, Caring and Conscientious man, Robin was a very loving person who believed in old fashioned values and morals, such as integrity, compassion and loyalty. Never afraid to say what he thought, Robin had the courage to stand by his convictions, even if that meant standing alone. Quick to help out, if he could, Robin was always there in times of crisis and would offer comfort , support and help until a solution was achieved.

Tenacious , practical and thoughtful, Robin would be resolute until the end. A cheeky grin, with a wicked sense of humour, Robin had the ability to always lighten the mood, make you smile and uplift your spirits.

​He is a larger than life character, whose personality and presence will be greatly missed, he leaves a huge hole in the lives and hearts of all of us, who were lucky enough and indeed honoured, to have been a part of his life’s journey.
May He Rest In Peace and Love.

by His loving Sister Kristie